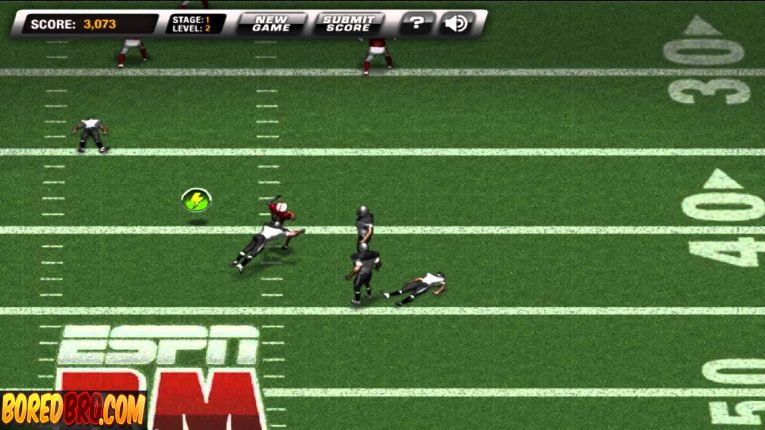 “Return Man” is the first in a series of free American football flash game by ESPN Arcade, simply titled “Return Man”.
The game may seem pretty straight forward with no complicated instructions until you start to play.
Judging by its popularity, it’s therefore not surprising that Return Man is one of the most popular and entertaining flash game. 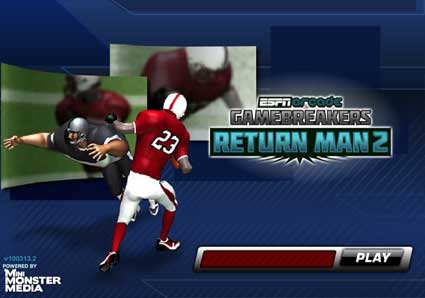 So what is this game about?

You have one objective; get the ball (punt) and then run down the length of the field, all the while dodging your opponents tackles, in an attempt to score a touchdown.
If you don’t make it to the end zone, you lose a “possession”.
Your “possession” is represented by a series of footballs on your screen. These are your “lives”.
The game starts with 4 total “possessions”.
Like any other game, return man has multiple levels that players can advance through, depending on your skill.
As you run down the field you shall need all the help you can get to avoid the opponent defenders.
There is one catch though! You are not allowed to run backwards, you can only move forward.

So how do you play Return Man?

When the whistle sounds to start the game, you receive the football then start running to the other side.
Use your three defenders to make sure that you are not tackled before making a touchdown.
Make sure you don’t leave your defenders too far behind, or you shall regret the result.
If you are tackled before your touchdown, you gain points depending on how many yards you have moved. 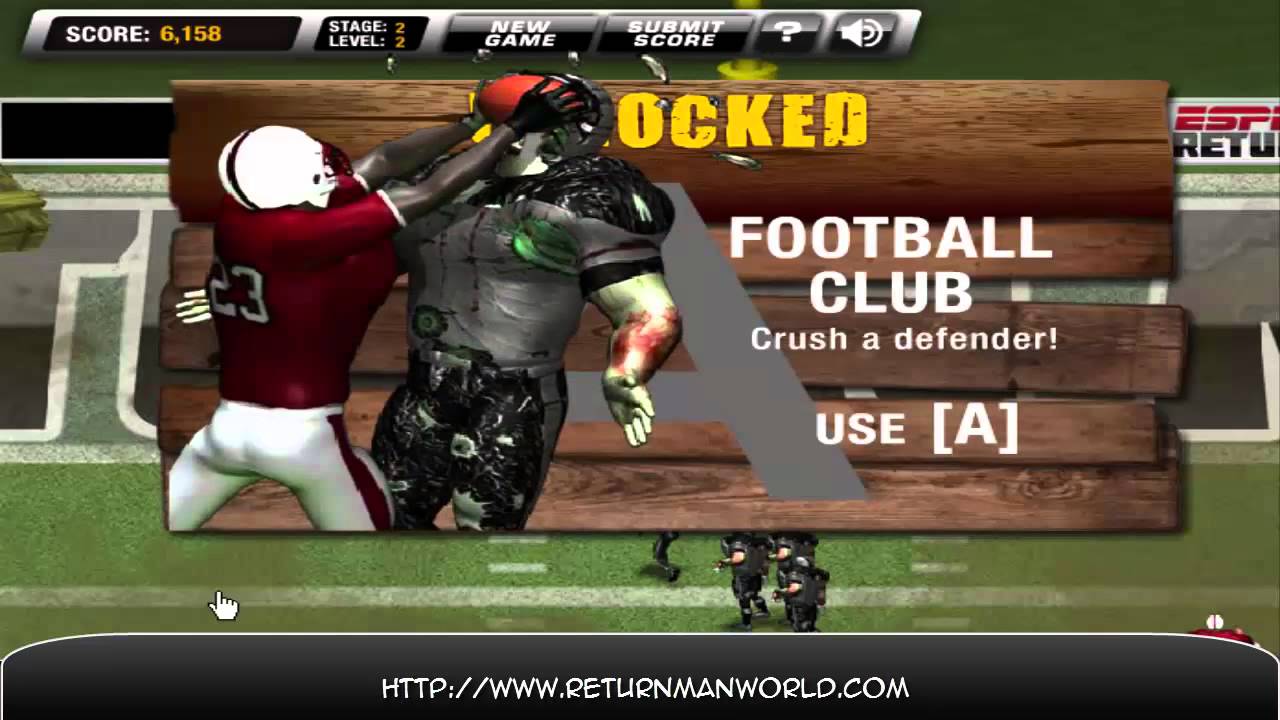 Previous: The Highly Rated Return Man 2 Zombies
Next: What you should know about Dead Zed 2